New Delhi: Punjab Congress chief Navjot Singh Sidhu and some Punjab Cabinet ministers and others were detained on Thursday at the Haryana-Uttar Pradesh border in Saharanpur as they were enroute to Lakhimpur Kheri. Sidhu threatened to go on hunger strike if action is not taken against the minister’s son by Friday.

They were staging a sit-in protest at the border demanding the arrest of Union Minister Ajay Kumar Mishra`s son Ashish Mishra in connection with the death of farmers during the violence that erupted during farmers’ protests on Sunday (October 3) which lead to the death of eight people. 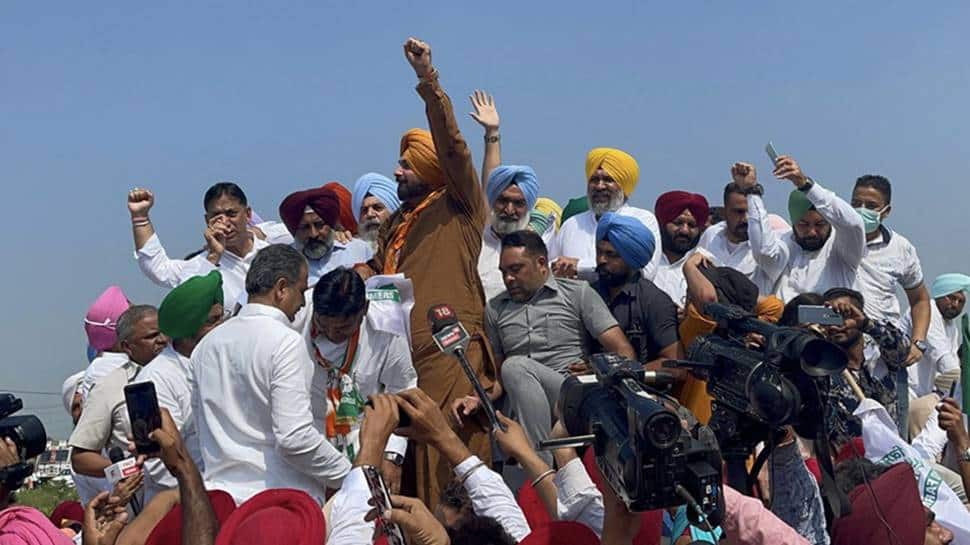 They were going to Lakhimpur Kheri in Uttar Pradesh pic.twitter.com/o5ueAUls0f

He was joined by Punjab Chief Minister Charanjit Singh Channi for a brief period.

Allahabad High Court Justice (retd) Pradeep Kumar Srivastava has been appointed as a single-member Commission of enquiry with headquarters at Lakhimpur Kheri to probe the incident of violence. 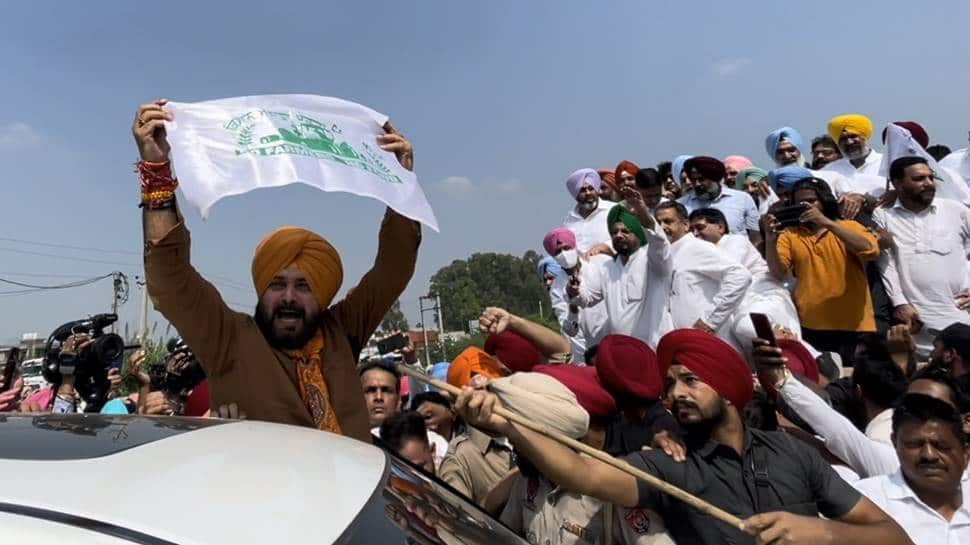 Meanwhile, police said that two persons have been taken into custody and are being questioned in the Lakhimpur Kheri violence case. Also, the police claimed to have recovered empty bullet shells from the site. Lucknow IG Lakshmi Singh said two people are being questioned who have given a lot of information into the incident, as per a media report.

The Union Minister of State for Home Mishra’s son has been booked for allegedly mowing down four farmers in Lakhimpur Kheri. However, Mishra has denied allegations about his son’s involvement in the case. The minister has said that he would resign if the charges against his son are proved. He has also alleged that it was the farmers who attacked the vehicles first.